This post may contain affiliate links, which means I'll earn a small commission if you purchase something through these links. You won't pay any extra; instead, you'll be helping Aloha With Love to thrive. Thank you! Learn more.

Fried saimin is a fried noodle dish that you’ll only see in Hawaii. Saimin usually refers to a hot noodle soup with egg noodles, spam and/or char-siu, kamaboko (fishcake), egg, and green onions. But since it’s getting a little warmer, Mom decided to make a huge plate of fried noodles since it had been a while since we last had it. Most local people will order fried saimin from a restaurant. Even the fried saimin platters I’ve had at potlucks are usually from a caterer. The best thing about making fried saimin at home is that you won’t be stingy with the ingredients. Each bite has a little bit of everything and this recipe is pretty close to awesome! 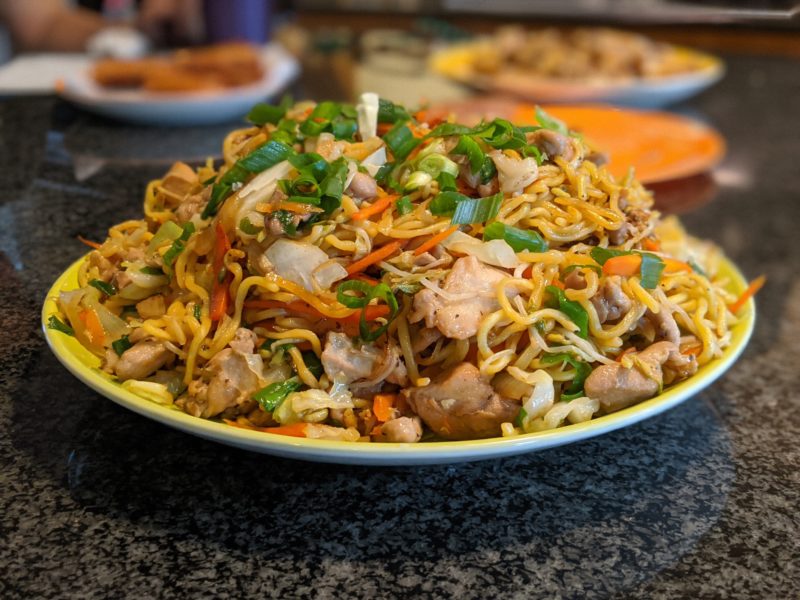 Prepare the other ingredients

Tried this recipe?Let us know how it was!

Get my latest recipes with a spoonful of aloha!

I grew up in Hawaii and love trying out new things to do in Hawaii. When I'm not writing about Hawaii travel, I document my Mom's recipes, hike with Daisy the waddling rescue, work on my 200-gallon aquaponics system, and dream about my future van conversion so I can do some more traveling.

By browsing this website, you agree to our use of cookies. We will never sell your personal information.
More info Accept