My friend from Thailand came over to visit me during the summer, which was perfect timing since my Molokai family reunion was coming up! I booked us a couple of tickets on Mokulele Airlines, which is a small airline company running interisland commuter planes.

I’ve been riding Mokulele Airlines to and from Molokai since I was a little girl, but this was all new to my friend which made it a grand adventure for the both of us! If you’re on a budget, riding a commuter plane might be an option for you.

Departure Process From Honolulu To Molokai On Mokulele Airlines

Checking into Mokulele Airlines happens at Terminal 3 of the Honolulu International Airport, which is about a 5-minute drive from the main airport terminals 1 and 2. The entrance is between the Delta and United Cargo facilities and is basically a small airport complete with check-in counter, security area, some offices, a small parking lot and shuttle service.

Checking in for Mokulele’s Molokai flight was quick and easy and didn’t take more than 30 minutes. I suggest getting there an hour before your flight to give you enough time to check in and get settled before they start boarding.

Local Tip: If you’re flying into Honolulu Airport and taking a connecting flight to Molokai with Mokulele Airlines, make sure you give yourself enough time to get to Terminal 3. At the very least 1.5 hours, 2 hours to be on the safe side. It can take quite a bit of time to get off the plane, out the airport and catch the shuttle.

Read More: How To Get To Mokulele Airlines Check-In At Honolulu International Airport

The pilots will dictate where your bags will go and where you’ll sit (after guesstimating your weight). Just follow their instructions and the rest will follow through.

This is a commuter plane, so you will feel a tad bit more fragile than usual. The rumble of the wheels on the tarmac will vibrate your seat and you’ll feel really strong winds on occasion. Be ready for a bumpy ride, but the gorgeous views and your own window seat more than makes up for it.

Local Tip: The cool thing about Molokai flights on Mokulele Airlines (compared to other interisland flights) is that passengers tend to be from Molokai. And with such a tiny population, everybody knows everybody. Be ready to pulled into a big communal discussion with lots of laughs and smiles.

Tips About Riding Mokulele Airlines Or Any Interisland Commuter Plane 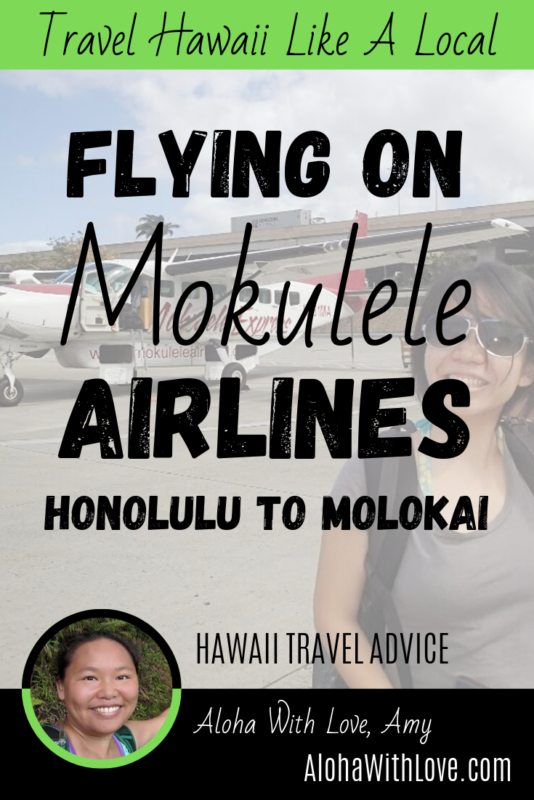 Breakfast At Kula Lodge After Haleakala

What To Expect From Hawaiian Airlines And Honolulu...

How To Bring Your Pet To Hawaii

A Short And Basic Guide For Whale Watching...

How To Stay Safe With Hawaiian Monk Seals